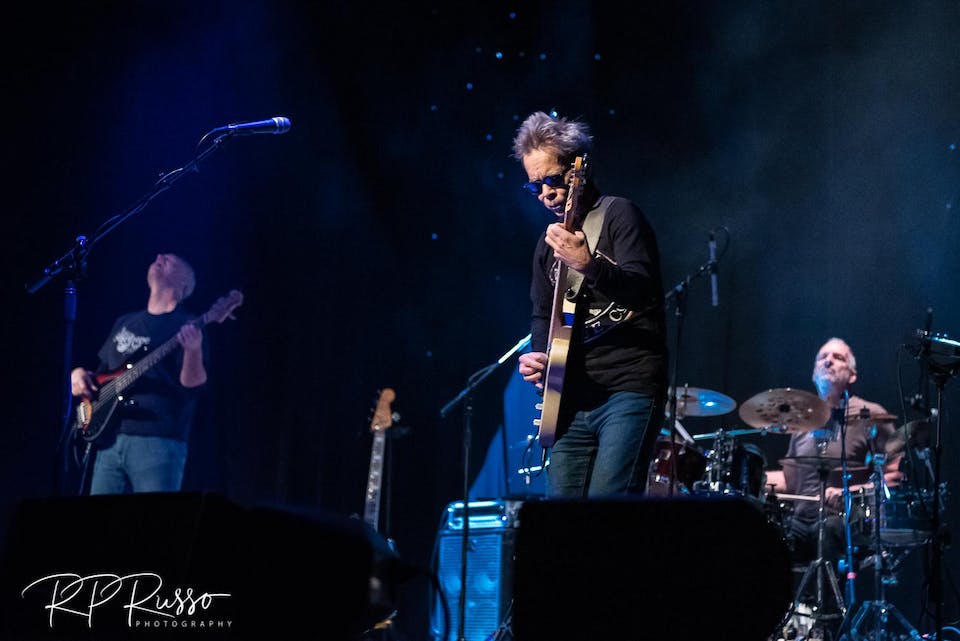 With a career spanning more than forty years, two-time Grammy nominee and sonic innovator, Tim Reynolds, is best known for his seemingly effortless guitar virtuosity, his masterful command of melody and timing, and for his uncanny ability to improvise on any instrument he touches. Having explored almost every musical style, from rock, jazz, and blues to classical and reggae, Tim’s wide-ranging talent is evident each time he picks up his acoustic or electric guitar. Technically brilliant, yet emotionally honest, Reynolds’ music is inspired, authentic, and unparalleled.

During the mid-1980s, Reynolds founded his breakthrough electric power trio, TR3, known for their fusion of funk, rock, and jazz. He toured extensively with TR3, using a rotating cast of musicians during the 1980s and 1990s. It was also at this time that he met and befriended Dave Matthews and their ongoing musical collaboration began. However, Tim always stayed true to his first love – the acoustic guitar. He spent the 1990s and 2000s as a road warrior – an acoustic guitar wizard playing to sold-out crowds who quickly determined that Reynolds was one of the most talented and thoughtful musicians on the circuit. From the widely acclaimed Stream to his most recent solo masterpiece, That Way (2017), Tim’s acoustic prowess and his genius for improvisation continue to burn hot.

In 2007, after a chance meeting with two talented musicians, bassist Mick Vaughn and drummer Dan Martier, a few rehearsals later, and several stealth appearances throughout North Carolina, Tim resurrected the electric TR3 to widespread delight. TR3 featuring Tim Reynolds continues to tour and release critically-acclaimed live and studio albums, including their most recent live album, “Wild in the Sky” (2022).

Although the pandemic halted Tim’s busy schedule as lead guitarist for the Dave Matthews Band in 2020, it gave him the gift of time and space to create new music, explore new technology, dig deep into his vault, and reconnect and collaborate with old friends. Tim had a great time collaborating with his long-time friend and fellow musician, Mike Sokolowski, on the album, Soul Pilgrimage (August 2021, Breezeway Records).

Tim released his first digital download, the ethereal Venus Transit (July 2020) along with a goldmine of mostly original music videos on his YouTube channel, as well as a few covers, including his interpretations of Bach's Cello Suite in G and Peter Gabriel’s “In Your Eyes.” He introduced some of the new original songs live on the road with TR3 during their Winter 2022 tour. Tim thought the addition of the rhythm section would provide a fresh spin to his iconic solo acoustic style, while making the music more accessible to the fans who are accustomed to the historically electric rock power trio.

The band will bring their fresh repertoire of acoustic songs into the recording studio in October before hitting the road in December. On the upcoming tour, fans can expect to hear a mix of the revamped acoustic trio, (with Tim on acoustic guitar and mellotron, Dan Martier on drums, and Mick Vaughn on bass) as well as the electric rock vibe from the TR3 they have known since 2007. Tim is excited to get back on the road doing what he loves – from surprising fans nationwide with his rare solo performances, melting faces with TR3, and touring with DMB. According to Tim, “It’s all good when I have my guitars by my side.