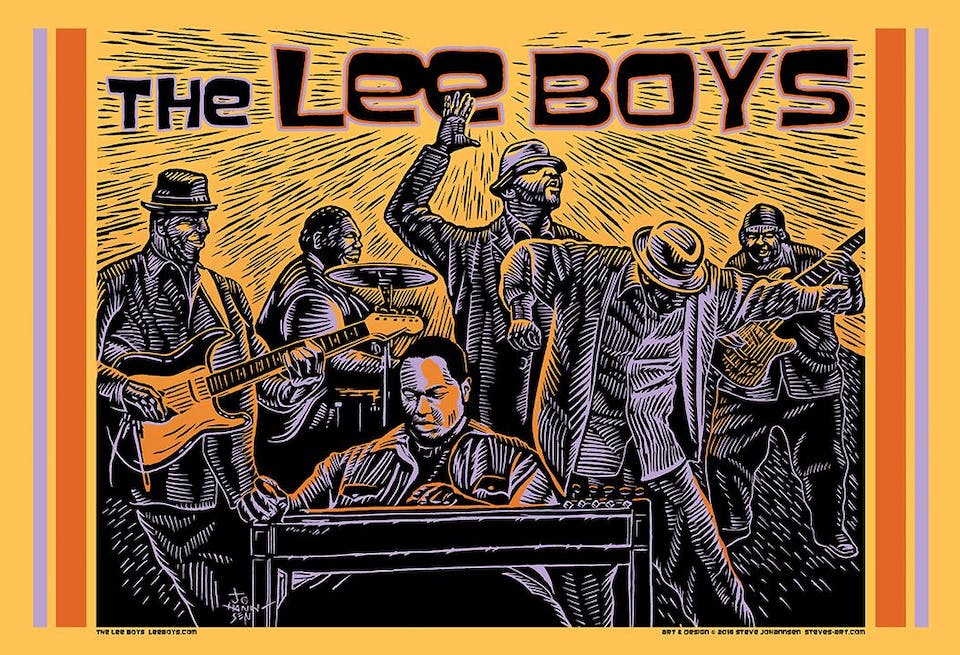 iCal
Google
The Lee Boys live at The Attic 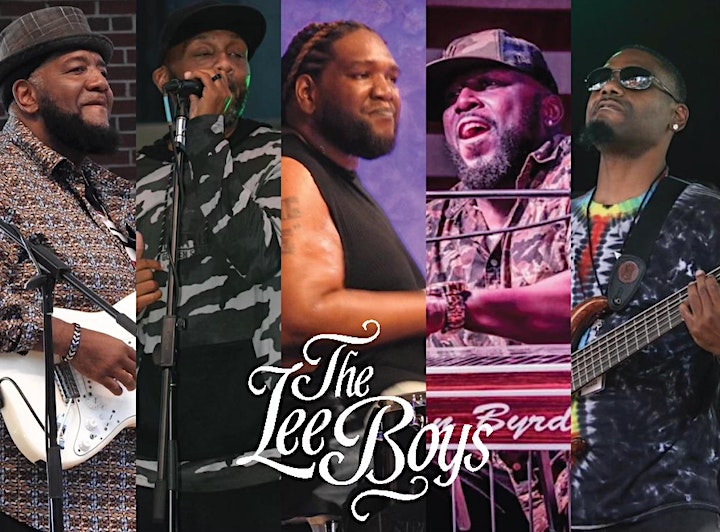 The Lee Boys are one of America’s finest “Sacred Steel” ensembles, this original family group consisted of three brothers, Alvin Lee (guitar), Derrick Lee and Keith Lee (vocals) along with their nephews, Alvin Cordy Jr. (7-string bass), Earl Walker (drums) and Roosevelt Collier (Pedal Steel). Brian Byrd, phenomenal pedal steel player from Sarasota, has joined up with the Lee Boys. Byrd, a huge fan of the Late Rev. Glenn Lee, co-founder of the LeeBoys style has made quite a name for himself in his hometown of Sarasota and surrounding areas of the west coast of Florida.

In the last decade, The Lee Boys has become a pre-eminent touring ensemble, taking on the road their modern expression of Sacred Steel. Over the past 20 years, The Lee Boys have released four albums, packed prestigious venues, and spread their music and message beyond the church pews through residencies, recording studios and concerts across America.

Lee Boys has performed for more than 750,000 music fans at festivals throughout the United States, Canada, Europe, and Asia. Their unique sound has attracted musical artists such as Allman Bros. Band, B.B. King, Buddy Guy, Robert Plant, Robert Randolph, Derek Trucks, Mavis Staples, Gov’t Mule, Del McCoury, Traveling McCoury’s, Victor Wooten, Blind Boys of Alabama, Black Crowes, John Legend, and The Roots – all of whom have performed with the Lee Boys and/or invited them to tour with them.

The Lee Boys were asked to perform on NBC’s Late Night with Conan O’Brien, following a blazing performance at the Bonnaroo music festival. Their rousing performance had the host jumping out of his chair and raving about the band. Lee Boys has also been the subject of a Florida PBS documentary.

The Lee Boys was recently recognized and honored by the State of Florida. They were Recipients of the Florida Folk Heritage Award, for “Their contributions that led to a greater appreciation and recognition of the importance of traditional arts and artists in our state, 2022.”

The Lee Boys are currently working on a live Album with the multi-Grammy nominated label M.C. Records that will be out in the Spring of 2023.