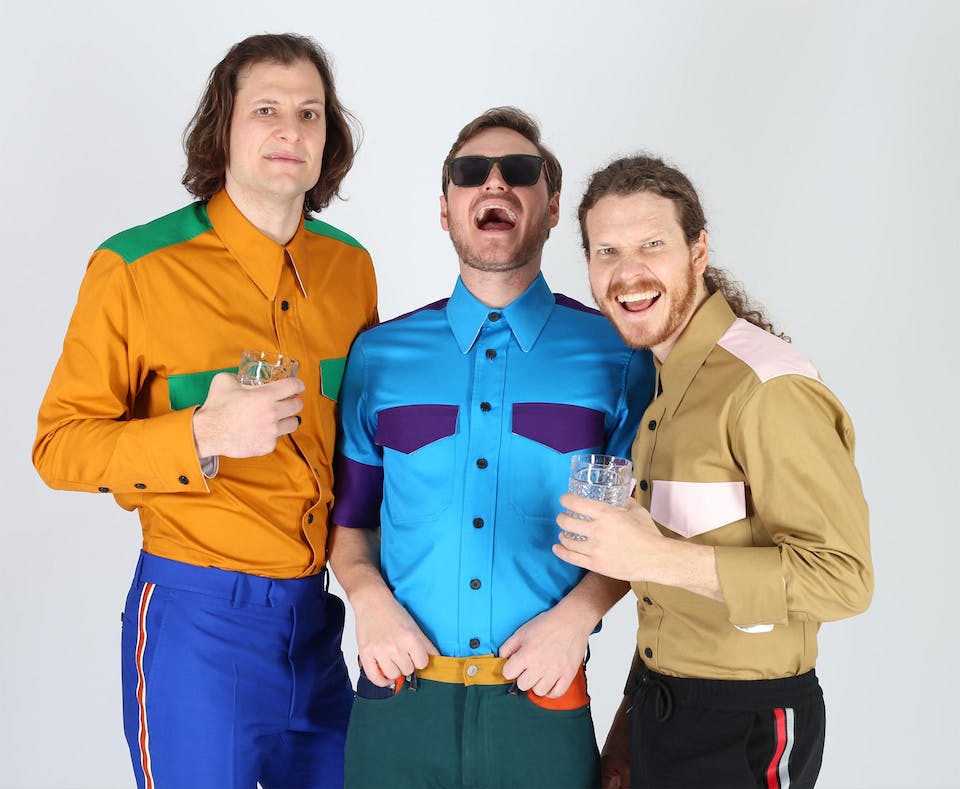 iCal
Google
The Currys live at The Attic

The Currys have been staking their claim within the Americana music scene since 2013, when vocalist/guitarist Tommy Curry quit his teaching job and moved to Charlottesville, Virginia, to join the harmony-based folk-rock outfit newly formed by brother Jimmy Curry (vocals, guitar) and cousin Galen Curry (vocals, bass). The band, who cut their teeth playing the oyster bars and listening rooms of the Florida Panhandle, have since written and released three full-length albums: their studio debut Follow (2014), called “eye-opening, but warmly familiar” by Earmilk, and whose title track is “one of the most beautiful pieces of music I’ve ever heard” (Todd Moe of NCPR); sophomore effort West of Here (2016), with its “tight-as-a-rubber-band” harmonies and “infectious” songwriting (PopMatters); and This Side of the Glass (2019).

In 2020, The Currys began releasing a weekly podcast, This Side of the Mic, to showcase new song ideas and remain engaged in the creative process during the pandemic-induced downtimes. The podcast allowed The Currys to expand their writing and production palettes and this evolution resulted in genre-hopping single releases such as “Man on the Side” and “Last Night.”

“...toothsome and satisfying…” - Popshifter on West of Here

"It’s is almost impossible not to be moved, physically and metaphorically, by the gorgeously composed tracks on this album." - Wordkrapht on Follow