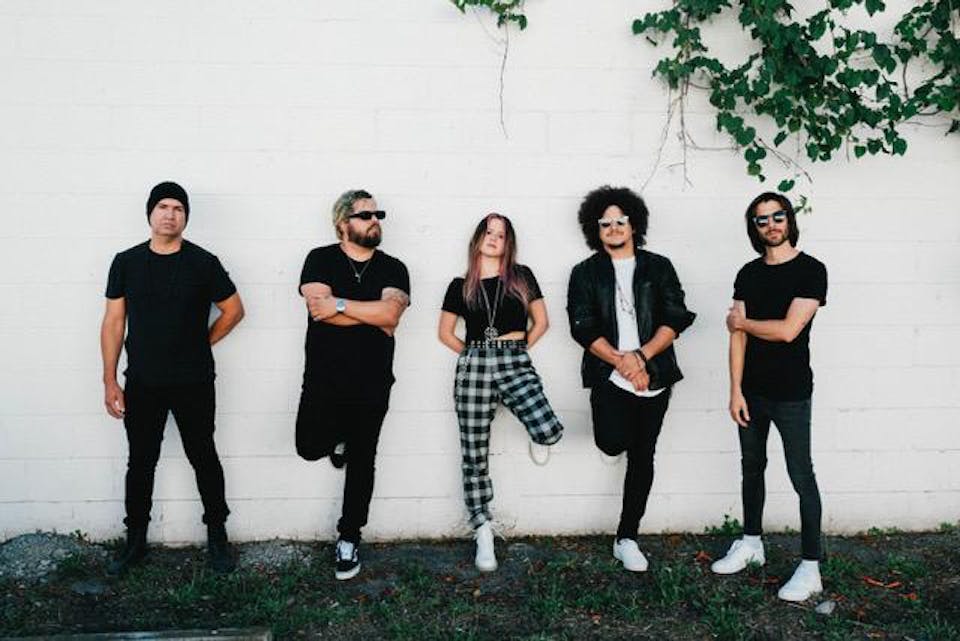 In just a few years, Cuban-born, Nashville-based quintet Sweet Lizzy Project has gone from its members never having been in an arena, to mesmerizing an audience of 20,000 people opening for their idols, Heart, and Joan Jett. Along the way, the anthemic rock band earned a prime performance broadcast for PBS’s Havana Time Machine; an artist profile on NPR’s “Weekend Edition”; and a cover story in the Miami Herald.

SLP defected to the U.S. from Cuba in late 2017, just as the border doors were set to close once again. Prior to relocating to Music City, SLP became the “it band” around Havana City clubs. SLP also won several music prizes, including two nominations for Cuba’s closest equivalent of a Grammy. However, everything changed for the band when they were spotlighted on Havana Time Machine which also featured traditional Cuban artists and iconic American roots-rockers The Mavericks. During the making of the documentary, The Mavericks’ founder and lead singer, Raul Malo, became inspired by Sweet Lizzy’s music and story.

SLP has to studio albums: Heaven (2015) and Technicolor (2020) and a Christmas EP “And So this is Christmas” (2020). To date, the band has performed in the United States, coast to coast, and has opened up shows for big acts such as Heart, Joan Jett, Johnny Swim, The Mavericks, Raul Malo, Jamey Johnson, Buckcherry, Billy Strings and Silvana Estrada.