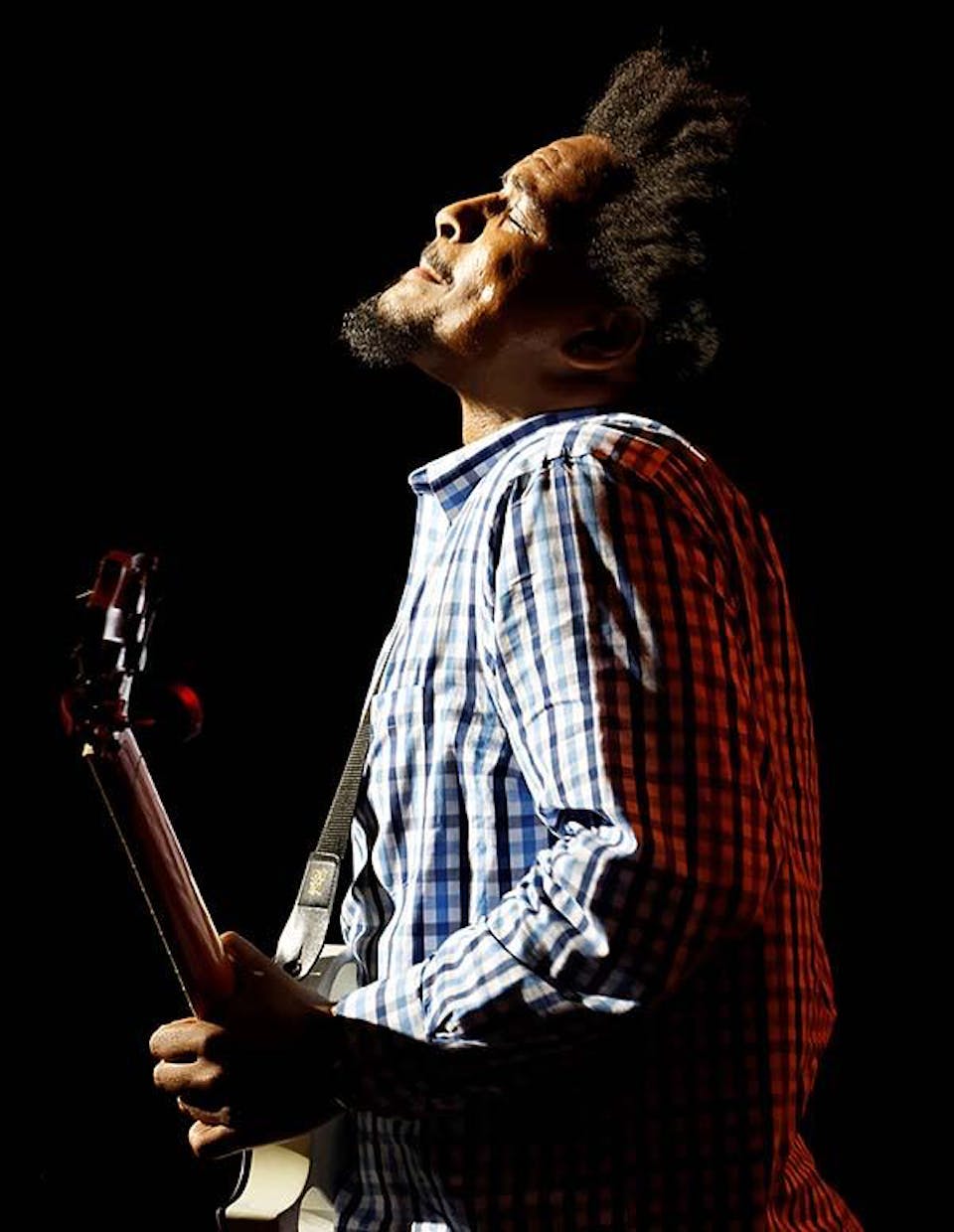 Jarekus Singleton live at The Attic

At just 30 years old, Jarekus Singleton is a musical trailblazer with a bold vision for the

future of the blues. Springing from the same Mississippi soil as Charley Patton, Muddy

blues traditions—is all his own. He melds hip-hop wordplay, rock energy and R&B

grooves with contemporary and traditional blues, turning audiences of all ages into

from ferocious and funky to slow and steamy to smoking hot, Singleton is a fresh,

electrifying bluesman bursting at the seams with talent.

lyrically startling original songs all sung with a natural storyteller’s voice. Produced by

Music in Memphis, the album is an impossible-to-ignore first step onto the world stage.

twists, Refuse To Lose unleashes a new wave of blues for a new generation of fans.

Jarekus Singleton has been tearing up clubs and festivals across the South, and has

performed twice at the world-renowned Chicago Blues Festival. He has been featured at

other festivals in the South and clubs throughout Mississippi. With the addition of

high-visibility performances including Springing The Blues Festival, Biscuits & Blues in

on the cusp of international stardom.

Born into a family of church musicians and vocalists on July 11, 1984 in Clinton,

Mississippi, Jarekus Singleton was immersed in gospel music as a child. Taught by his

He later switched to lead guitar and began to sharpen his instrumental and vocal skills,

falling in love with the music of all three Kings (B.B., Albert and Freddie) as well as

his late teens, Jarekus pursued a career in basketball, becoming a top-seeded national

player in college until an injury took him back to his music full time. For a short period

he performed as a rap artist, writing his own lyrics. Before long though, he began

combining his rap wordsmithing with the music of his Mississippi heritage, creating a

In 2009, he formed The Jarekus Singleton Blues Band, quickly building a reputation as a

Heartfelt, in 2011, and fans and media quickly took notice of these brand new original

songs. Three tracks from that CD play in regular rotation on B.B. King's Bluesville on

SiriusXM Radio, the most-listened-to blues radio station in the world. But radio wasn't

alone in praising the rising blues star, as the rest of the world began paying attention.

Singleton was named a "star on the rise" by Blues & Rhythm magazine in the UK. Guitar

Center named him the 2011 King of the Blues in Mississippi. He received the Jackson

Living Blues praised Singleton for his “emotional intensity,” saying he "blends styles and

elements across genres and generations.” Audiences at his shows run the gamut from

older blues fans to younger rockers and rap aficionados, all of whom call him their own.

“Blues is honest music," says Singleton, who, with Refuse To Lose, is determined to put

his own stamp on the genre. "I love the blues tradition, and have always been inspired by

the masters. But I want to create something for today's audience that is as original and

new as those blues masters were when they first started making records. I want to

create blues for the 21st century."