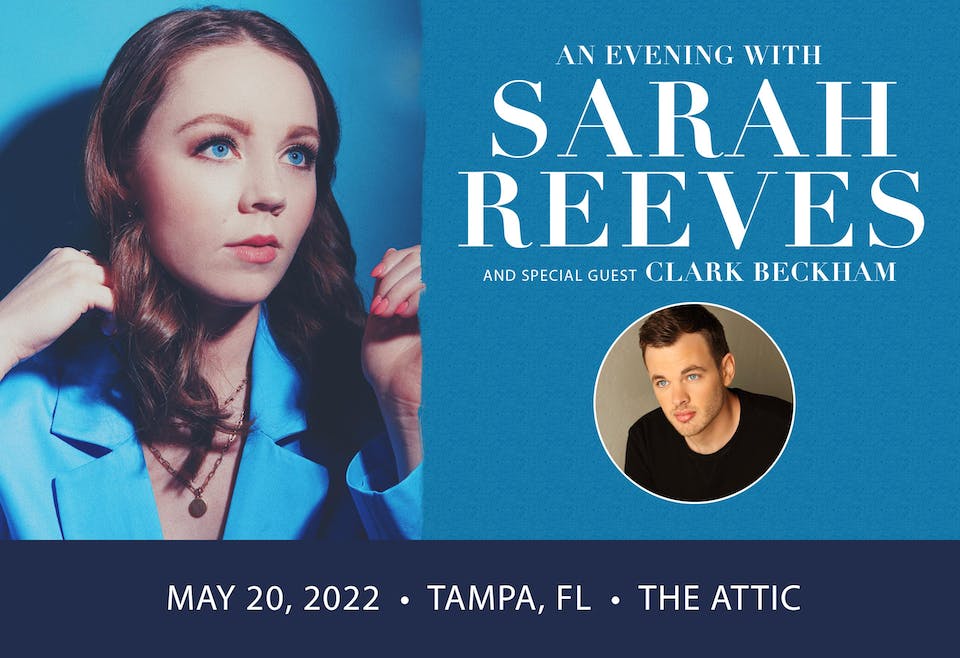 An Evening with Sarah Reeves

This is all ages show. Guests under 21 must be accompanied by a legal guardian.

Pop artist and songwriter Sarah Reeves signed her first record deal at age 18. For more than a decade, in addition to pursuing her own artistry, she has dedicated a vast portion of her career to writing songs for other artists and TV and film. Her music has appeared in Disney+ and National Geographic’s six-part original series “Welcome To Earth,” starring Will Smith; Disney’s Raya and the Last Dragon international trailer; promos for “American Idol” and UFC; and on television series across major networks like ABC, NBC, CBS, FOX and Netflix, among others. Reeves has also been featured on tracks by high-profile DJs, including Gattüso, Laidback Luke, Justice Skolnik, R3HAB, and Armin Van Buuren. Having amassed more than 53.3 million career on-demand streams, the Curb | Word Entertainment artist has garnered 24.6 million Pandora lifetime streams and over 37.5 million YouTube views to date. Sarah’s latest album release, Life Love & Madness, which debuted Top 5 on the iTunes Singer/Songwriter album chart, is available now.

Clark Beckham’s talent is indisputable. It’s as simple as that. Growing up just outside of Nashville, Tennessee, Clark discovered an undeniable love for music through church and later on as a street performer where his bluesy vocals could be heard throughout the streets of Music City. After graduating from Lee University, the multi-instrumentalist traded in the bustling streets of downtown Nashville for the bright lights of Hollywood. In 2015, Clark received his golden ticket for Season 14 of American Idol where he captivated millions across the globe and was voted the runner-up of the season. Clark’s live performances dominated the top 10 most-viewed videos on American Idol’s YouTube channel.